Author Margaret Ann Spence created a commune in her new book Joyous Lies. Such fun! Check out the blurb, excerpts and photographs. Oh, there’s a mystery, too.

Shirley, since your book and your website are about dating and relationships, let me tell you about the fun I had creating my fictional commune in Joyous Lies. Before the 1970s people actually went on dates. Could be one dud date, could be several good ones, could be exclusive from the beginning or exclusive after a while and then, if everything was going smoothly, people “went steady” and then they got engaged and married.

In the social upheaval of the late sixties and seventies, all this did not exactly disappear, but it became muddled. The arrival of the birth control pill changed everything. 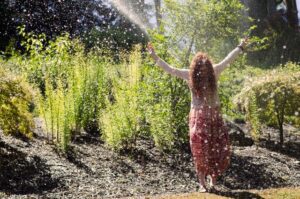 Remember Woodstock? Or hearing about it anyway. That became the symbol of the era. Huge crowds of young people, sex, drugs and rock n’ roll. Then there was the Vietnam War, and rebellion. “Hell no, I won’t go!” became a mantra. I created my characters Neil and Johanna out of that maelstrom. Neil, whose draft ballot number made him almost certain to go to battle, persuaded several of his buddies to join him and his girlfriend Johanna in a life on the lam. Fortunately, they had a place to hide up in the thinly populated far reaches of Californ

If you asked Johanna, she would have told you it was fun at first, crazy fun, a lot like camping.

Then she noticed that the men didn’t do much of the work they all needed to do to sustain themselves. Furthermore, the men expected their women not to mind if they took their pleasure with the other girls who flocked up there to the commune over the years.

I could have modeled this would-be nirvana on the San Francisco Kaliflower commune.

In this group, sharing was taken to the ultimate, with members sleeping in group beds, acting like they were in a group marriage.

That’s where fact is stranger than fiction. I thought, assuming everyone in the community believes in this principle, then fine. But where’s the conflict? So I made my Johanna unhappy about what Neil was getting up to. Fifty years on, he’s still capable of making her jealous.

Okay, so that is still not an original story, despite its setting. I added more plot elements and Johanna’s gradually revealed guilt about what went on in the commune years ago. I won’t be a spoiler and tell you what happens, but I will hint that it turns on the commune’s unconventional tenets. 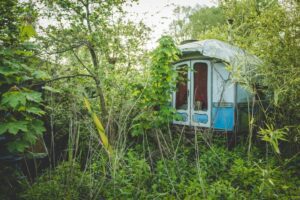 Johanna and Neil have a grand-daughter, Maelle, who is the story’s other viewpoint character. Training as a botanist, she’s been brought up to buck convention too, and her way is to pursue a controversial theory about plant communication and learning. Why I wrote about a botanist is another story altogether, but I wanted readers to take away from the book the thought that really wacky ideas often prove over time to be right. So many of the principles fought for in the Vietnam War era are now mainstream—organic farming, sustainable living, women’s rights, and a more liberal attitude to sex being just a few. I loved writing this book, and hope readers love it too.

Maelle Woolley, a shy botanist, prefers plants to people. They don’t suddenly disappear. Raised on her grandparents’ commune after her mother’s mysterious death, she follows the commune’s utopian beliefs of love for all. Then she falls for attractive psychiatrist Zachary Kane.

When Zachary claims her mother and his father never emerged alive from his father’s medical research lab, Maelle investigates. What she discovers will challenge everything she believes, force her to find strength she never knew she had, and confront the commune’s secrets and lies. What happened to love? And can it survive?

She shouldn’t muse like this, locked in her own world. In the cafeteria, she smiled at a few people she’d seen around but saw none of her colleagues. She bought a coffee, using her own chipped mug (better for the environment!), and added a salad, realizing she’d gone out the door without breakfast. Finding an empty table, she sat down, plumping her backpack next to her. She was unzipping it, about to take out a book, when she sensed a presence beside her.

Maelle looked up to a white shirt, then farther up to dark eyes, a long, tanned face with a crooked smile, and curly black hair in need of a cut. The stranger put his foam cup down on the table without waiting for an answer and folded himself into a chair opposite her. Despite the unruly hair, the man was more formally dressed than most at the university. He wore pressed pants, a collared shirt, and a jacket. A visitor, perhaps?

“Zachary Kane,” he said, extending his hand. “Here for a conference but had to nip out for a jolt of caffeine to keep myself awake.”
She smiled. “Coffee. Me, too. I’m Maelle Woolley. What conference?”
“Psychiatry.” He raised his cup. “I’m in psychiatric research. Working on the genetic basis of mental illness. Bipolar disorder, for one.”

Maelle froze. Her mother’s face flashed before her. Angela, distracted. Angela shouting. Angela excited and waving her hands. Angela lying on the bed, too depressed to speak.

“Is mental illness inherited?” Her voice came out in a squeak. 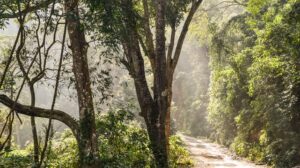 “Probably. In some cases, anyway. We don’t know a lot yet.”

Slowly, Maelle let out a breath. She knew this, knew there was some genetic correlation. But that was the case in so many diseases. And anyway, no one had ever actually told her that her mother had been crazy. Perhaps her imagination had gotten the better of her. Even though she monitored her own moods obsessively, anxious for a sign, she felt as fine as an even-keeled boat sailing in smooth waters.

“You don’t do clinical work?” She sipped her coffee, looking at Zachary over the rim of the mug. Thinking about Neil, her grandfather, and his up and down moods, which made everyone walk on eggshells around him. Not that she’d bring that up with this stranger.

“No. Research only. Though I do believe talking therapy has its place, especially when there’s no clinical diagnosis. You know what they say about sunlight being the best disinfectant. Only by opening up the past and seeing it in the full light of day can you put it finally to rest.”
“It gets pretty dirty up at the farm. My grandmother opens all the cupboards and storage bins in the spring, cleans out the cobwebs and insects that nest in there.”

“You got the idea.” The skin around his eyes crinkled when he smiled.

“I spend a lot of time at ground level. Under it, actually. Studying fungi, roots, and other ways plants connect. I’m a botanist. Doing my PhD.”

She twirled her fork in the salad bowl. A piece of radish and a vibrant red beet nestled amongst the arugula under goat cheese and a dusting of nuts. Nature’s vibrant colors, created to attract pollinators. The libidinous plants, sluttishly exposing themselves for fertilization by any passing bee. Good grief, what a thought to strike her. How embarrassing. Must make conversation. Make an effort, Maelle, even if small talk is as foreign to you as Chinese.

Another Excerpt from Joyous Lies

Johanna put an arm on the table to prop up her forehead. “I can’t believe it now. Neil was pretty attractive back in the day. It didn’t take much. He’d just give some of the new girls a look, and they’d come to him.”

“Back in the seventies, dear, a lot of people came. They thought it would be all drugs and free love. Oh, a few were serious. The ones who were willing to work stayed. But Neil got away with a lot.”
“Did you say anything to him, JoJo? Why didn’t you leave him then?”
“That’s a good question. You know, though, I got my own back.”
Maelle frowned. “With another man?”
“Actually, yes. But I didn’t care for him. It was just to pay Neil back, make him wake up to what he was doing.”

“Hmm. Okay. Was this before you had Mom and Abby?”

“I bet you were very pretty, JoJo. You could have had anyone.”

Maelle started to sweat under her shirt. The room was stifling and smelled of an unmade bed, dirty breakfast dishes. The notion of septuagenarian sex was unnerving. How could a much younger woman be captivated by a wizened oldster like her grandfather? She gripped the edge of a chair and forced her face into a bland but sympathetic mask.

Johanna turned away, crumpling a napkin in her hand.

Her grandmother, incapable of competing with the charms of a much younger rival. But wanting to. That the older woman could feel jealous had never occurred to Maelle. Johanna had never been one to belie her age with makeup and Botox. But a man’s age kind of slid around. Neil’s trim fitness and full head of salt and pepper hair made him look younger.

So unfair. Older men could attract younger women, but the opposite rarely happened. In the reality of mammal biology, females were attractive to males as long as they had an egg supply. When that ran out, they were evolutionarily of no use. Plants had no such prejudices. Of course, as a plant biologist she’d known of very weird practices in the world of flora. But with trees, age had the advantage. As she’d always thought, they were superior beings in every way. 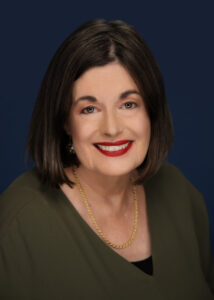 Born in Melbourne, Australia, Margaret has lived in the United States since the age of twenty-three. She’s lived on both East and West Coasts and enjoys Arizona winters. When she’s not at her desk she tends an unruly garden, cooks up a storm in the kitchen, and cherishes time with her family. A love of baking, Boston (where she used to live), and all things British inspired her award-winning debut novel, Lipstick on the Strawberry, also published by The Wild Rose Press.