Author Kimberly Baer on her run-in with strangers

The Other Kind of Ghosting

How likely is it that a purse could be haunted? I’m going to say not very. What self-respecting ghost would choose to be squished amongst a scratchy hairbrush, an unyielding wallet, that leaking bottle of hand sanitizer, and the dozens of other items crammed into the typical modern-day handbag? Assuming that ghosts get to choose their locale, most probably opt for the roomy accommodations of a house or the wide open spaces of a graveyard.

Still, you never know. Tiny houses are increasing in popularity among the living. Maybe ghosts like tight spaces, too.

My YA paranormal novel The Haunted Purse is pure fiction, but that doesn’t mean ghosts don’t exist. Ghostly encounters have been reported all over the world, probably for as long as humans have been living and dying. Haunted sites include castles, cabins, houses, apartments, and hotels. Battlefields and graveyards. Caves, mines, ships, and schools. Tunnels.

Many of us know somebody who’s had an encounter with a ghost—and some of us have even had our own encounters. I can’t say for certain whether I’ve ever met up with a ghost, but if I did, it happened like this:

Okay, okay; that might not be the most enthralling ghost story you’ve ever heard. I have some better ones from people near and dear to me, people whose integrity I can vouch for:

Have YOU ever had a ghostly encounter? Would you like to? If so, you could try buying an old purse at a thrift store, as my protagonist Libby does in The Haunted Purse. If that doesn’t work, consider visiting some well-known haunted places, such as El Campo Santo Cemetery in San Diego, California; King’s Tavern in Natchez, Mississippi; or various sites in Gettysburg, Pennsylvania. Visitors to those locations have reported everything from seeing apparitions and hearing strange noises to being pushed, scratched, or pinched by an unknown force.

Now wouldn’t that make for a memorable trip!

Blurb from The Haunted Purse

That old denim purse Libby Dawson bought at the thrift store isn’t your run-of-the-mill teenage tote. It’s a bag of secrets, imbued with supernatural powers. Strange items keep turning up inside, clues to a decades-old mystery only Libby can solve.

Filled with apprehension and yet intrigued by the mounting pile of evidence, Libby digs for the truth. And eventually finds it. But the story of the purse is darker than she imagined—and its next horrific chapter is going to be all about her.

Excerpt from The Haunted Purse 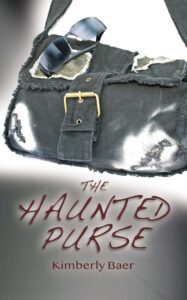 Toni asked, “Do you think we should tell my mom about the purse?”

“No,” I said. I wasn’t ready to trust an adult. Not even Toni’s mom, nice as she was. “Your mom is like you,” I added. “Practical. It would take a long time to convince her there’s something supernatural going on.”

We went back to watching the purse. There was a moment when I thought I saw it twitch, but that might have been my imagination.

“You could always get rid of it,” Toni said. “You know, donate it back to the thrift store.”

I considered that. “I could. But I don’t want to. Not yet, anyway. This purse is the coolest thing I’ve ever owned. I want to find out more about it. I want to see what it does next.”

She took her eyes from the purse long enough to glance at me. “Aren’t you afraid it’ll crawl into your bed some night and strangle you with its straps?”

I didn’t have a clue.

Book Review of The Haunted Purse

The Haunted Purse was a surprise read for me because I’m a newbie to the paranormal genre. Unless you count Edgar Allen Poe, required reading when I was a kid. Kim’s book falls in the YA category, one of my favorites.

What I enjoyed the most were the characters and how they were developed. They had the weaknesses and prejudices we all carry with us, no matter how we try to convince ourselves otherwise. Libby, the main character, lives by her wits with very little from her mother, truly a despicable character. However—and this credit goes to the author’s skill—we feel empathy for her later in the story, despite her disregard for her daughter.

Friendship is all-important to teenagers and the story revolved around a mystery and the theme of  friendship and how it plays out in our lives. Libby carries a secret even from her best friend, another layer to the story.

Another surprise? A satisfactory ending that had me tearing up and cheering at the same time. And one other thing about the haunting. It’s not the kind that deprives you of sleep.

Don’t be lulled into thinking you’ll meet only Casper the Friendly Ghosters in this book. Because you will encounter sinister elements. I won’t say more because I don’t want to include any spoilers in this review.

This was a page turner, and I looked forward to reading it every night in bed, my favorite spot for relaxing. 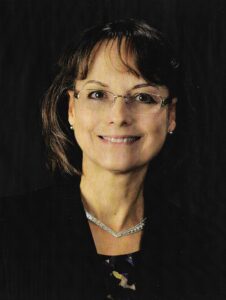 Kimberly Baer is an author and professional editor who was born and raised in Johnstown, Pennsylvania, a town marginally famous for having endured three major floods—and she lived there during one of them. She currently lives in Virginia. Kim has had her nose in a book practically since birth, and she decided early on that she wanted to be on the giving end of the reading experience as well as the receiving end. Her first story, written at age six, was about a baby chick that hatched out of a little girl’s Easter egg after somehow surviving the hard-boiling process. Her recent focus has been on writing middle-grade and young adult fiction.

Book trailer for The Haunted Purse

Where to Find Kimberly’s Books