Shawna’s contemporary romance novella is part of the Deerbourne Inn series from The Wild Rose Press. She’s here to talk romance, how she carves out a story, and her main characters.

Romances are about relationships. And, as in real life, relationships don’t always run smoothly. They consist of ups and downs, some more of a roller coaster ride than others. Some romances begin as friends and the romance grows from there. Others are that instant magic spark leaving the participants to find what they actually have in common that would allow them to build an enduring relationship.

As with many writers, I give various incidents-likes-experiences-opinions to my characters that come from my life (some, but certainly not all). As an author, I started out as a pantser allowing the storyline to unfold coming from the character’s actions and thoughts as I wrote. I would complete the manuscript first, then I’d do the synopsis to submit to publishers along with the first couple of chapters. However—after my third book for Harlequin, they contracted me from just a submitted proposal without a completed manuscript. So, at that point in time, I became a plotter. I needed to have the storyline complete to submit without having written the manuscript.

I’d like to introduce you to my primary characters from Hoping for More.

Dr. Daniel Eugene (Gene) Stevenson, Jr.—he’s a quiet, reserved history professor. Wynne Buchanan—she’s an all year outdoor sports enthusiast who enjoys bicycling, tennis, downhill and cross country skiing. They’ve been casually dating the last four years, ever since they met when she scheduled Dr. Stevenson as a guest speaker for the monthly program at the Willow Springs, Vermont, community center.

Is it true that opposites attract? Two people who seem, on the surface, to have nothing in common? Yet two people who have become good friends and see each other regularly in spite of the distance between Burlington where Dr. Stevenson teaches at the University of Vermont and Willow Springs where Wynne lives. A relationship that has grown to include numerous and frequent kisses—but always platonic kisses rather than the passionate ones Wynne has increasingly longed for. She’s Hoping For More.

Two people who are each interested in taking their friendship to a new level of serious commitment but are plagued by doubts. Wynne doesn’t understand why Gene seems to back off every time things start to move in a serious new direction. Gene is concerned about the man who comes to Willow Springs periodically, apparently to see Wynne. She claims he’s there on business but has never shared what business that is. Gene tries to deny the twinges of jealousy, declaring them totally inappropriate. Does she want their relationship to remain the just friends situation they’ve had the last four years when he’s Hoping For More? 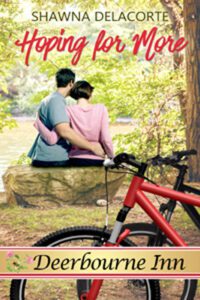 The twisted path of dating seems to have caught each of them in its quagmire.

Excerpt from Hoping for More

Wynne Buchanan hurried across the hall to the head librarian’s office. Looking up from the papers scattered across his desk, Don Flanagan motioned her in. “What can I do for you?” He extended a teasing grin. “Is my assistant librarian having a problem she can’t handle?”

A soft chuckle escaped her throat. “No problems here. I just wanted to go over a couple of things with you before I entered everything into the computer.” She gestured toward the stack of papers in front of him. “Is this a bad time?”

“No. I need a break from this headache. I’m working on our requirements for the upcoming budget meeting.” He moved several file folders aside. “What’s up?”

“I just talked to Gene Stevenson. He emailed me the information for his talk at the community center, along with the handout he’ll be using. It’s scheduled for Friday evening before the Mad River Garden Party on Saturday.”

Don perked up at the mention of Gene Stevenson’s name. “What’s Dr. Stevenson have in store for us this time? I always enjoy his presentations. Since he’s a history professor, he always chooses some historical event for his talks, usually something that happened right here in Vermont or at least in New England. It makes for an interesting topic. People have a connection to the area where the event took place. You can always count on his presentations being well researched. And, to his credit, he also manages to make them both interesting and entertaining.”

“This time his topic is very local. It’s about a murder that happened right here in Willow Springs in 1931—a young woman named Martha Cotter. That should bring in a good crowd.” Wynne’s excitement bubbled inside her, sending an emotional warmth flowing through her veins. “He really is fascinating.” A tender smile turned the corners of her mouth, but she quickly hid it. “Uh, I mean he’s a fascinating speaker. People enjoy his talks.”

“Yes, people enjoy his talks.” Don nodded as he shot her a knowing look. “And some people more than others?”

I’ve lived most of my life in Los Angeles and earned my living for twenty years by working in television production.  I was always interested in writing and dabbled at it, but not seriously.  I combined my interest in writing with my avocation of photography and began doing magazine articles featuring my photographs.  After selling several articles, I discovered I enjoyed the writing process as much as the photography.

My friends told me I should make use of my television contacts and write scripts.  I enrolled in a screen writing class at UCLA.  By the close of class I knew screen writing was not for me.  The other thing I knew was that I wanted to write novels rather than magazine articles. 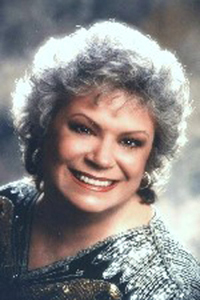 I published 21 novels with Harlequin for their Desire line of contemporary romance and their Intrigue line of mystery/romantic suspense with 17 of them reissued by Harlequin in ebook.

I started my fiction publishing career with romance novels. My favorite genre, however, is mystery with the plot twists and turns involved. I enjoy writing romantic suspense. By adding the romance element to a mystery, you put more at stake for the protagonists than simply solving the mystery. The romance element puts the hero and heroine in the position of watching each other’s back without it being the stereotypical situation of the big strong hero taking care of the helpless little heroine or the feisty little heroine who does totally absurd things showing that she has zero common sense and falls into that too stupid to live category.

When not writing, I enjoy travel which is currently at a standstill due to the world-wide pandemic. I also enjoy games—card games and board games both with real live people and also on my computer. I love trivia. For decades, Jeopardy has been my favorite television quiz show.

HOPING FOR MORE by Shawna Delacorte releases on December 16, 2020, from The Wild Rose Press.  www.thewildrosepress.com

And other online vendors